“Just writing to say that the socks we bought were great. We put them on here in Porirua and did not take them off until we reached Vancouver some 20 hours later. Our legs and ankles were just fine. We should have put them on from Anchorage to Banff but didn’t and our legs and ankles blew up like puffer fish !! We foolishly thought that as it was two flights and not that long we wouldn’t. Forgot about the sitting around waiting etc. Coming back we put them on in Vancouver and took them off when we reached home in Porirua, our legs were fine. A good investment and would recommend them to anyone. “ 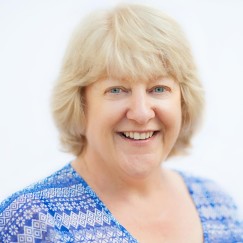 After finding that compression socks sped up the healing of an injury, Heather wanted to help others do the same, so founded TXG Compression Socks in Australasia in 2013. With her 6 years of ‘hands-on’ experience working with medical professionals, extensive business experience and Chartered Accountant qualification, Heather knows all the ins and outs of the compression socks market. Heather’s goal of helping baby boomers, like herself, has finally come true. Heather loves researching and sharing her findings on the TXG blog as well as enjoys supporting her customers to get back to feeling happy, energised and active.

View all insights by Heather Gatland →