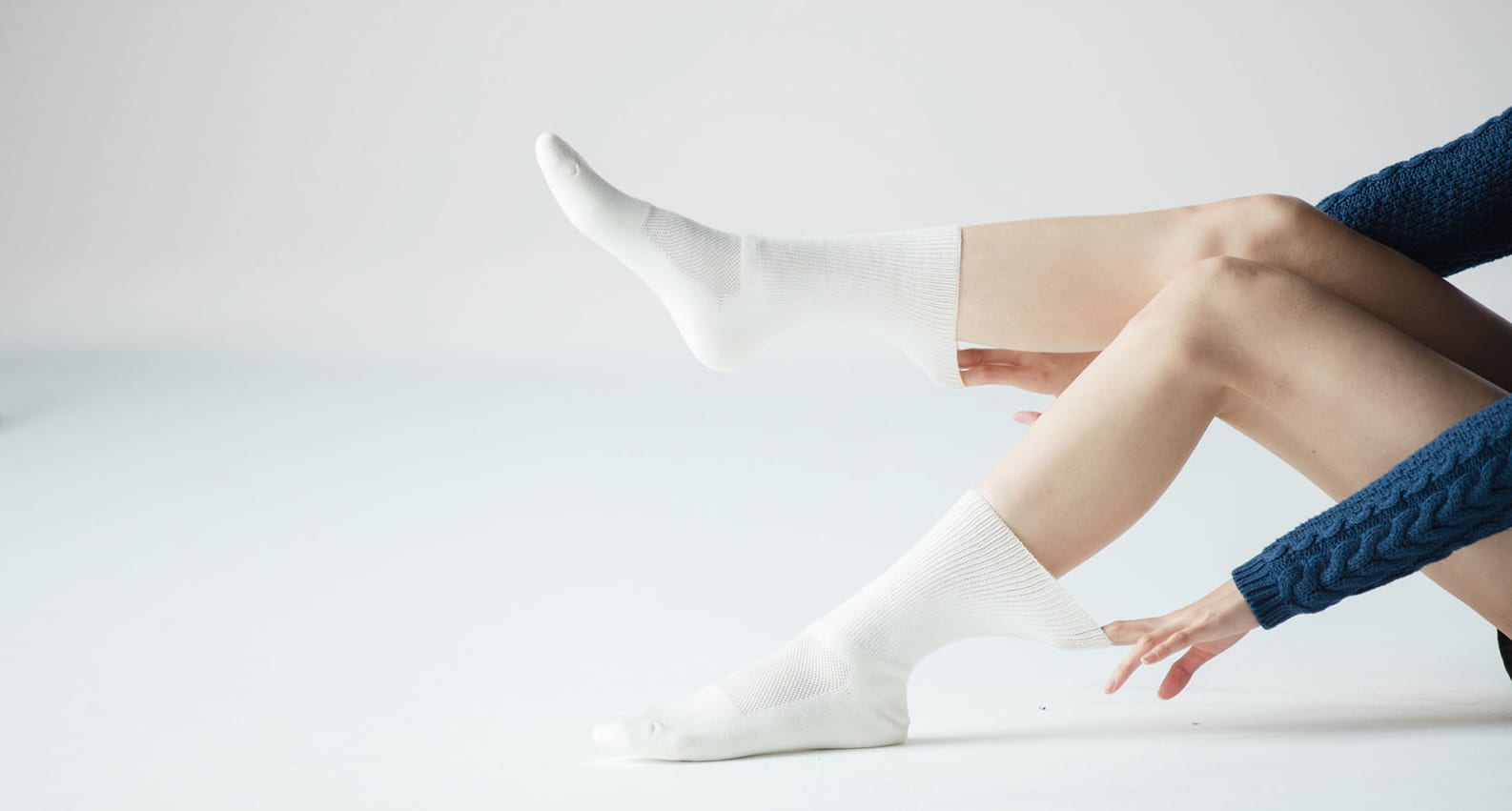 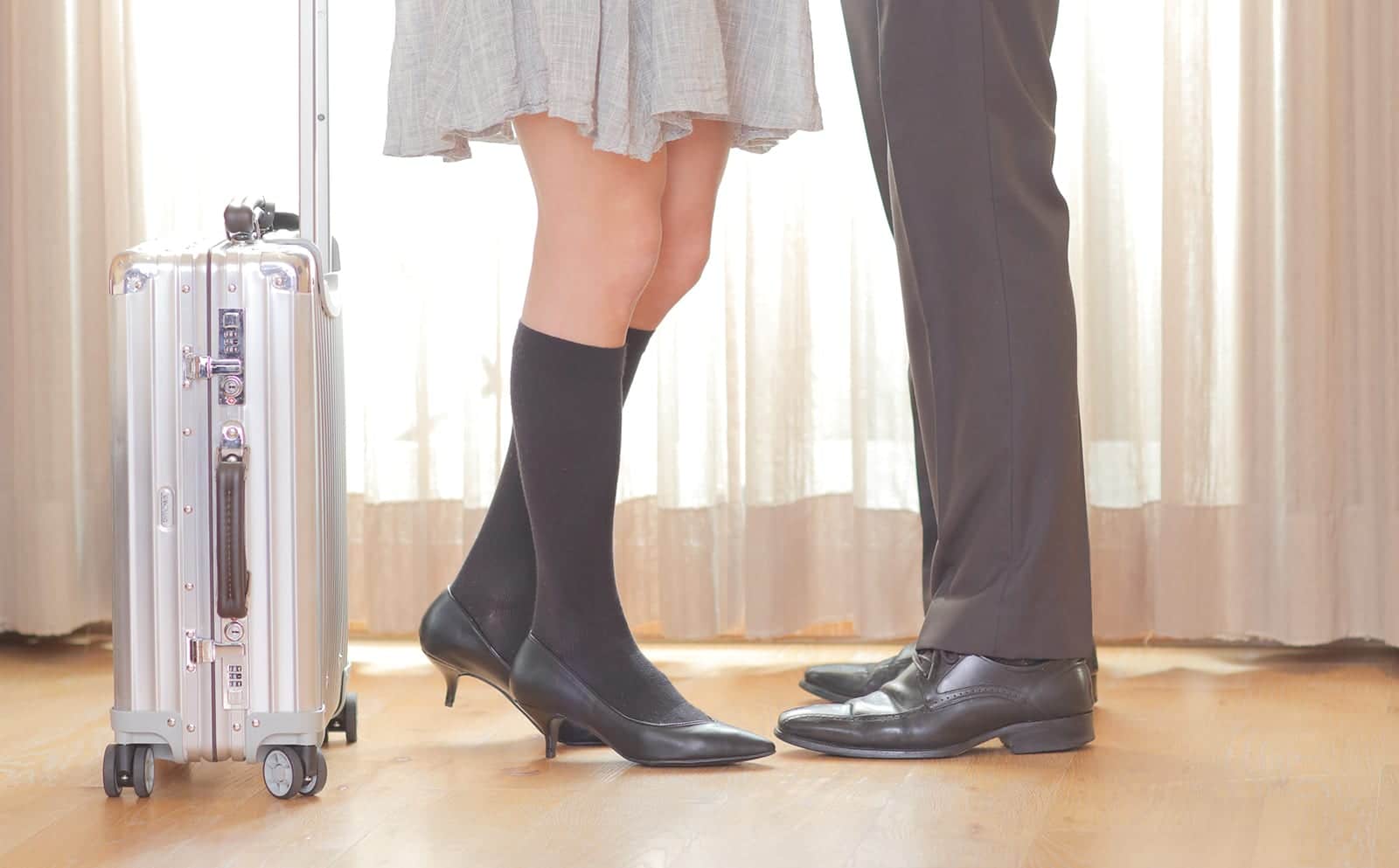 TRAVEL IN COMFORT WITH OUR COMPRESSION SOCKS
ENJOY A HAPPIER, HEALTHIER FLIGHT

From exercise to everyday wear
TXG Compression Socks NZ
are for everyone.

From the moment we wake up to the moment we go to sleep our body is subjected to pressure, and if left unchecked this can hamper circulation. To keep oxygen-rich, clean blood circulating from your head to your toes, you need compression socks and stockings.

At TXG, we provide a range of Medical Grade Compression Socks & Stockings to suit your needs. Our innovative graduated compression wear is specifically designed with style, comfort, and quality in mind. With the benefit of wearing them scientifically documented; everyone from sports enthusiasts to pregnant women to people with diabetes can benefit from wearing them.

What Our Customers Say

"They are great, stopped my legs from swelling and helped with my bad knee. I will always wear them now."

"I've been doing an Alpine tramp over Cascade Saddle in Aspiring National Park & I wore the TXG compression socks. They are great. Stopped my legs from swelling and helped with my bad knee. I endured no lactose build up in my calf muscles despite the very steep ascent and descent. I will always wear them now and have recommended them to my tramping friends."

"After a long shift, my legs didn’t swell or even feel sore."

"After me being on my feet for 24 hours and wearing the TXG compression socks for that length of time; my legs didn’t swell or even feel sore. I wasn’t as physically tired either as I usually would be after working a 12-hour shift at the hospital. The socks are wonderful and far exceeded my expectations."

"I love my arm and calf sleeves, they help me at hockey"

"I purchased some arm sleeves and calf sleeves and love them. Trialled them out last week during my many games of hockey and at an Ultimate Frisbee Tournament to see if they’ll help me at my next hockey tournament and I can safely say yes, I especially love the arm sleeves keeping my forearms from tightening which is so important when dribbling. They also help at the gym during any arm work where I grip tightly and my forearms tighten. Usually, I would fatigue and be forced to stop, but I get far more out of my arms."

"I am able to stand longer during the day and I am less tired at the end of the day."

"Before I started wearing them I would notice that I had a varicose vein that would stand out on my lower leg. I wear my socks all day and at the end of the day when I take them off, there is no vein standing out on my leg. The spider veins are still there but even those are less prominent too I am able to stand longer during the day as well. They are probably one of the best things I have bought."

These (the TXG) socks are superb. The TXG brand has been for all the reasons already stated, the best.

"I wear compression socks for ongoing maintenance as I am post DVT. I have used a variety of compression socks prior to the TXG ones, and all have been problematic for one reason or another. Some have been too short, others lose their elasticity quickly, while others provide uneven compression.

These (the TXG) socks are superb. The TXG brand has been for all the reasons already stated, the best.

I would highly recommend TXG to anyone wanting good quality compression socks."

Previously I had been buying from the States, never knowing we had a local equivalent or dare I say it superior company and brand!!

"The TXG Sports Socks were a replacement for calf sleeves that had finally given up the ghost. The sports socks have worked perfectly as a replacement for when I play field hockey giving my old legs (mainly Achilles and calf's support) whilst twisting and turning on a water turf.

They give support during my matches and a noticeable improvement in fatigue recovery afterward.

Early days but they appear to be really well made and likely to go the distance of abuse my socks typically receive.

It's also worth mentioning the above and beyond efforts by Heather and the team from day one of the parcel being received though, lots of lovely touches upon opening the bag... including a little free gift (that my kids claimed, unfortunately) 🙂 Totally recommend!

Previously I had been buying from the States, never knowing we had a local equivalent or dare I say it superior company and brand!!

Top marks on the retail experience and follow up for commentary. I only delayed my happy response back until I'd had a couple of games wearing them under my belt... just as happy as when I opened the package with my new socks in!"

I have already recommended them to the rest of my team

I did try other brands but I was still getting red lower legs but from the day I started using these TXG socks, I am not having lower red legs anymore. They are easy to wear as well.

I have already recommended them to the rest of my team. Great shopping experience."

I would recommend these stockings without hesitation

"I have been so happy with my TXG Compression Open Toe Stockings, that I have ordered more.

Since wearing TXG Compression Stockings, my edema has improved, I have not had tired legs, and the stockings are comfortable to wear - even on hot days!

I would recommend these stockings without hesitation. It's such a pleasure to phone and receive such friendly helpful service - thank you, Heather."

YES! Your socks are awesome, my physio was super impressed

"Thank you for my awesome socks! They're every bit the real deal as you say, I've had mine for a week and they've already had a good life. I only need one - (large hematoma above my ankle from being hit by a trailer).

But it's great to have two in this last week as I change it straight away after doing stuff like the following .... Rowing in a surfboat; Rowing on the river; Rescue board training in the sea; Lifeguarding in the water with junior surf at the surf club.

YES! Your socks are awesome, my physio was super impressed.

TXG has dedicated years of research and design to create innovative and attractive compression socks for New Zealand customers that treat a range of conditions. Our strict manufacturing process ensures every pair of stockings meets international gradient compression standard. They’ve been designed to support the feet, ankles, calves and legs while cushioning the soles, wicking away moisture and offering breathability for heat and odour management.

What makes TXG socks different from most on the market is that they have no sharp raised seams, as each sock seam is meticulously aligned and hand linked. As a result, our socks won’t apply pressure and hamper blood flow in the feet, which can damage blood vessels and exacerbate health issues. The result? A comfortable pair of socks that nobody will suspect is for compression purposes!

HELPING YOU FIND THE PERFECT COMPRESSION SOCKS FOR YOUR NEEDS

Our compression socks can help treat the side effects of diabetes. They have antiseptic properties and soft cushioned soles.

Pregnancy often results in varicose and spider veins as well as leg swelling and discomfort. Our socks counteract this. 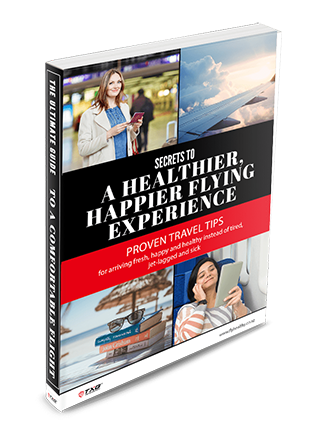 WANT TO KNOW THE Secrets to a Happier, Healthier Flight?

Get Your Free Fly Healthly eBook

GET YOUR FREE COPY TODAY
Hello!